DIY SOS: The Big Build Ireland,the show that rebuilds people’s lives by rebuilding their homes, is back for a second series. Chief-motivator Baz Ashmawy is joined again by some familiar faces in designers Aoife Rhattigan of Restless.

Design, Kerry Hiddleston of Hiddleston Interior Design, Peter Doneghan our garden designer, and Helena Ryan, our health and safety officer. The DIY SOS team are also delighted to introduce the new build team led by Liam Flynn and Anthony Darby from Collen Construction and specialist carpenters Dan Kenny and Nicky McMahon. Together with an ever-increasing and amazing group of volunteers, national and local suppliers. 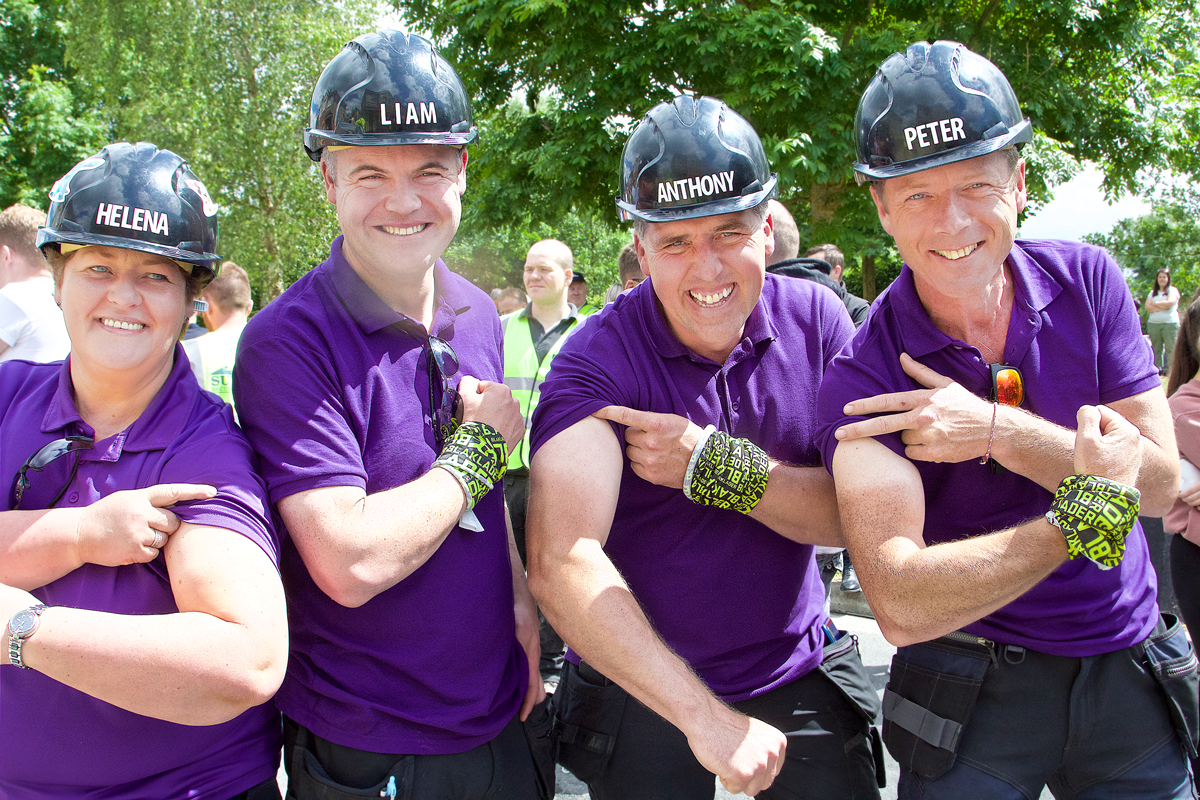 Baz was a busy man corralling and motivating a hard working team through the pressures and challenges of a 9 day build! The first episode features the most challenging build to date for the DIY SOS team in Shanbough, just barely on the Kilkenny side of the River Barrow, which runs through New Ross.

The build started in an empty field, which was gifted to Johnny Alyward by his elderly, bachelor uncle John. Johnny was diagnosed with Motor Neurone Disease in November 2020, and discovered in early 2021 that he has the most aggressive type. He and his wife Lynn have two young boys together, one of whom is on the autism spectrum and for whom Lynn acts as a full-time carer.

They were living with Lynn’s older sons Cian and Aaron, in New Ross, when Johnny was diagnosed and they were left with no means of adapting or owning a house that would cater for him as the disease advanced.
Uncle John decided it was time for Johnny to come home to his beloved Kilkenny and so he gave them a field on his land, adjacent to his own house.

The DIY SOS team were more than happy to help Johnny, Lynn and their boys, as well as Johnny’s older kids from his previous marriage, Aaron, Colin and Kelley, to realise their dream to bring Johnny home and build him a house that will provide security and comfort for him and his family throughout his remaining days and into the future for his young family. 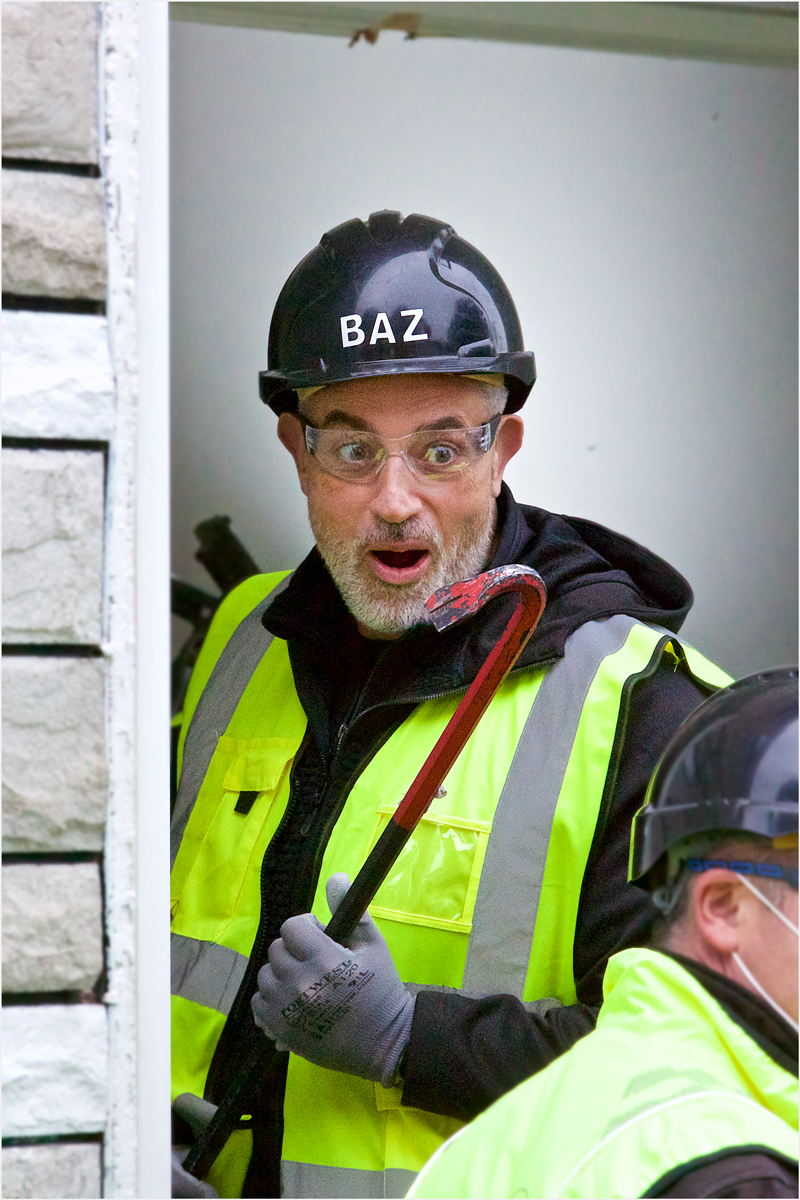 The second episode was filmed in Santry, North Dublin where the team of volunteers renovated the home of the Costello family. Young mother Laura Costello was left suddenly partially paralysed following a rare birth event, which happened while giving birth to her fourth baby in June 2020.

The third episode was filmed in Longwood, County Meath, where Baz and the DIY SOS team met the Parsons family and set about building their much needed extended home. There are three members of this young family with additional needs and their small semi-detached home was no longer practical or functional.

Finally for episode four the team packed up their tools and headed to Waterford City to help Laura Sheridan, a nurse and brave mum of three. This former Nurse of the Year and Nursing Home Manager battled through Covid times before being diagnosed with stage 3 Hodgkin’s Lymphoma. Furthermore, Laura’s beautiful twin boys were also found to have a form of autism which requires constant supervision and care.

As a Series, DIY SOS is famous for bringing out the very best in people and the more they
build, the more this becomes evident. Every volunteer, contractor and member of the team are constantly amazed by the massive amounts of goodwill and generosity that come forward on every single build, and the more episodes they create, the more Motive as a production team are struck by the power of the Irish community when it comes to solidarity for our neighbours in need.

These families are so resilient. I’ve started to film series three of the show and in a way these episodes seem so long ago but I would touch base with the families to see how they are doing. Laura Costello went into hospital to have her fourth baby which is a joyous time and everything that could go wrong went wrong. The volunteers got the house ready for Laura to come home after two years to spend a night with her baby and the rest of her family. It would give you goosebumps when you think about it. The volunteers are unbelievable, said Baz Ashmawy.

“When I filmed the episode with Laura Sheridan I just saw her as a Mum and what a wonderful one she is, I was blown away by how tough she was. I walked away from her and I learnt so much from her about having positivity, determination, resilience and inner strength.

“We did a show with Glen and Jen in Longwood and they have two little boys Ryan and Josh. Josh has Smith-Magenis Syndrome ( it is a really complicated developmental disorder), he is peg fed, he can’t walk, he can’t crawl,he can’t sit on his own, he’s nonverbal. You go home sometimes and you moan about having to make sandwiches for school tomorrow, I have to drop the kids to school tomorrow and then I have to collect them and drop one of the kids to piano and I’ve got to do x, y and z but I get to do those things. I know how much Jen and Glen would pay to be in a situation where they could be packing Josh’s bag for school and dropping him to piano but it is human nature just to fall in to that trap of complaining about parenting when really we should be counting our lucky stars that our kids are able to do all of these things. They are a beautiful family with amazing people in it,’’ enthused Mr Ashmawy.

“I think people volunteer to be a part of the show because they realise how lucky they are to have what they have in their own lives. It’s an addiction and the thing you walk away with is a real sense of being grateful and it re-centres you. You are entitled to feel whatever way you want to about life but when you share these stories and when you listen to the stories and you spend time with the families, you realise how lucky your family is and you feel different about your place in the world. 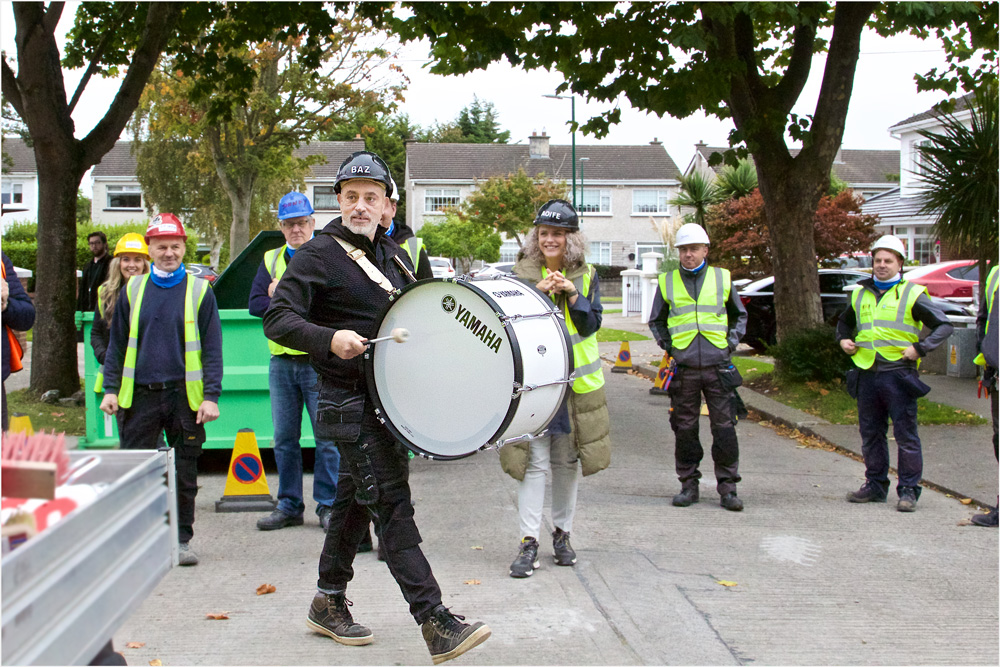 “At the beginning of every episode I swore that I wouldn’t cry but you will catch me blubbing in every episode. You will find me behind some JCB or a machine crying my eyes out! I’m not sure how many more seasons of this show that I have in me! As much as the show is emotional, we have great fun filming the show and there is a lot of messing and giddiness. I’m just there to stir crap between Kerry (Hiddleston), the interior designer and Peter (Donegan), the gardener. I love the show and the team,’’ he added. 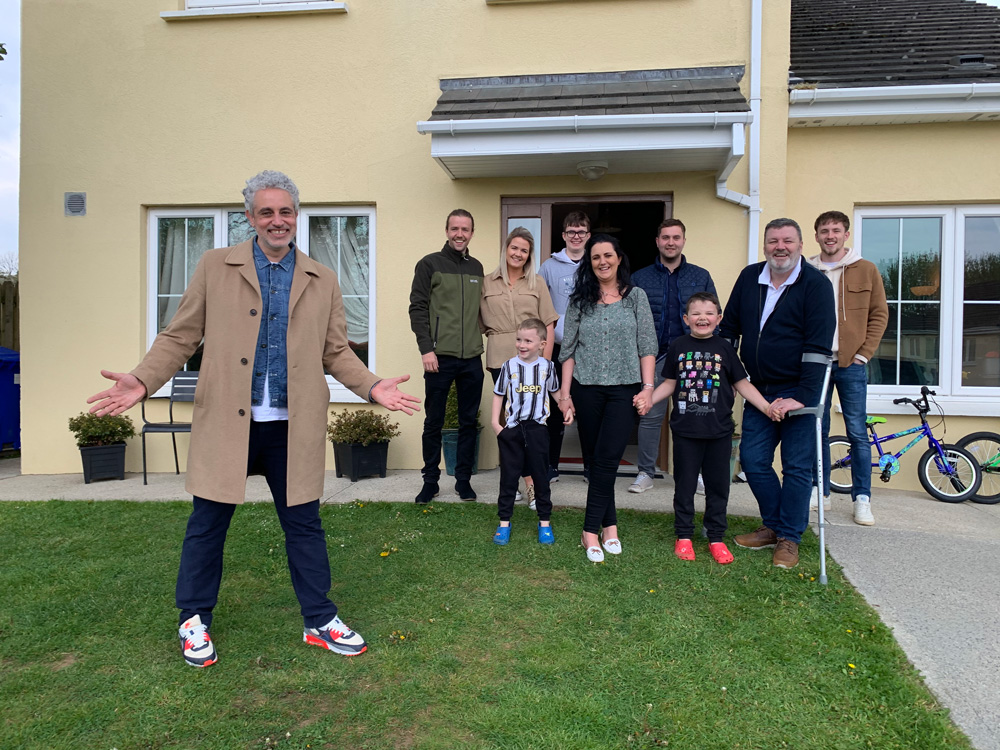 “When we went down to Shanbough to work on the project for the Aylward family, it was like a festival. It was the middle of the summer and we were working out on a hilltop with the sun beating down and the craic was amazing fun. It was one of the most amazing builds. I’ve been on. In nine days, the volunteers built the family a home. People came from not only New Ross as well as Ireland to give this family peace of mind and that was an amazing gift to give to Johnny and Lynn.

I’m very good friends with that family and I talk to them a lot. They are great fun, they have the best attitude and their home has given them such sweet memories and happiness, they love it. As sad as the outcome is going to be for this family because it is a cruel, cruel disease, what those volunteers have done for them has been outstanding.”

“It was difficult filming the show during COVID especially when it came to small things outside of the construction side like putting your arm around someone and giving them a hug, trying to interview someone through a mask, it is like having sex with your socks on which is just awful!

Now we’re back to a normal feeling again and everyone feels a little bit more relaxed, it changes things again and filming doesn’t feel like such an ordeal. Helena, our Health and Safety Officer kept us all healthy and safe on the last series, she was brilliant and hopefully the lifting of restrictions will lighten her load on series three. Having hugs and the feeling of touch back is really important as well as great as it is really important, it is well needed at this
stage,’’ concluded Baz Ashmawy. 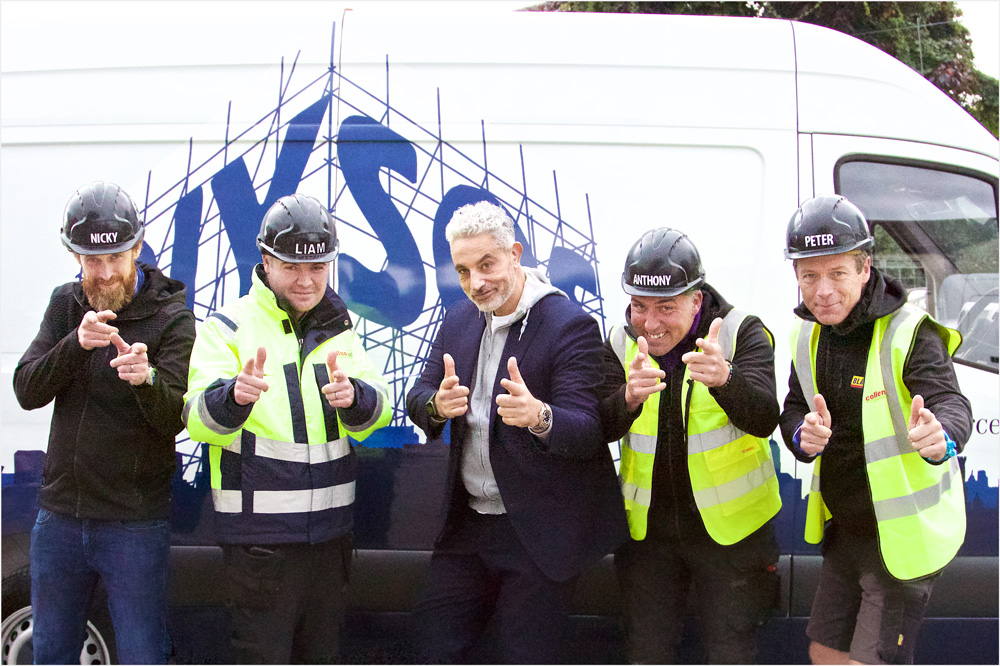 In conversation with Ayesha Cotter of Ayesha Bethany Interiors 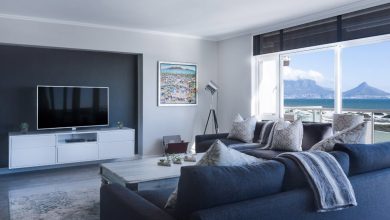 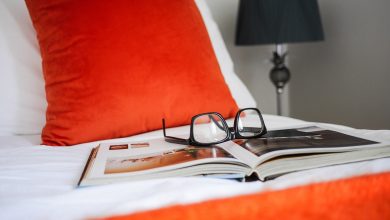 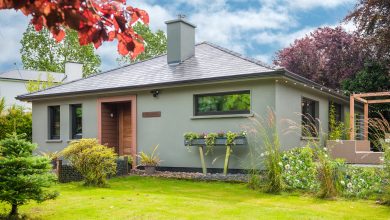 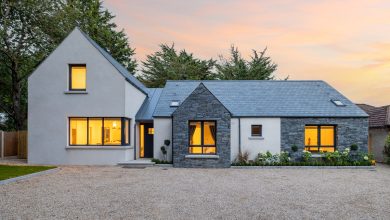 Everyone that was involved with this project really enjoyed it. 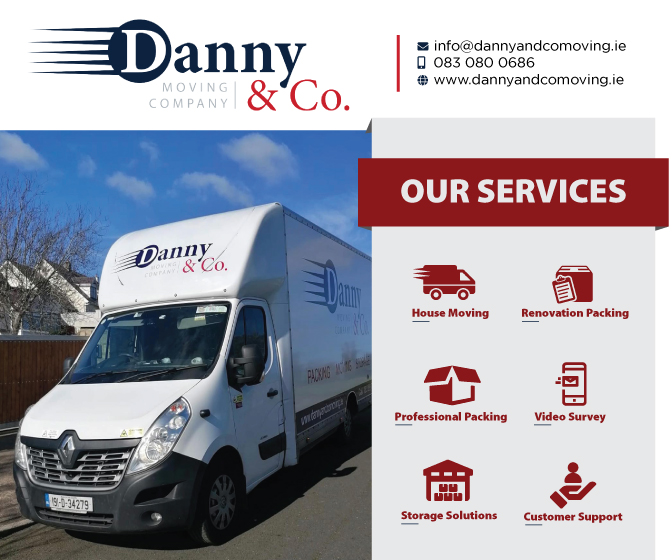 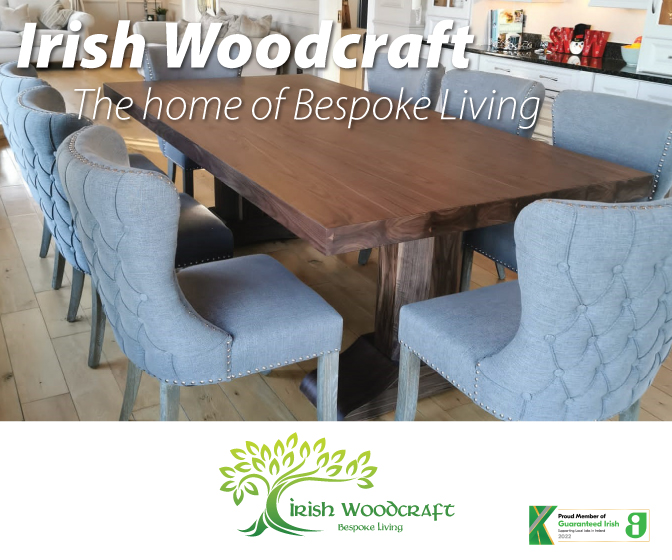 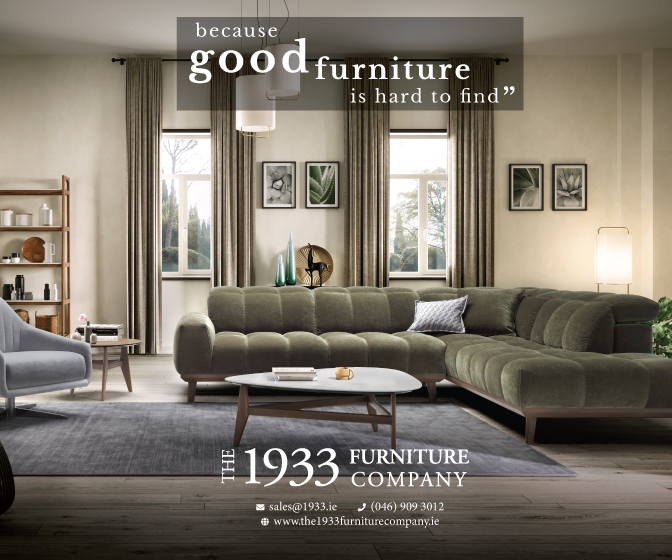 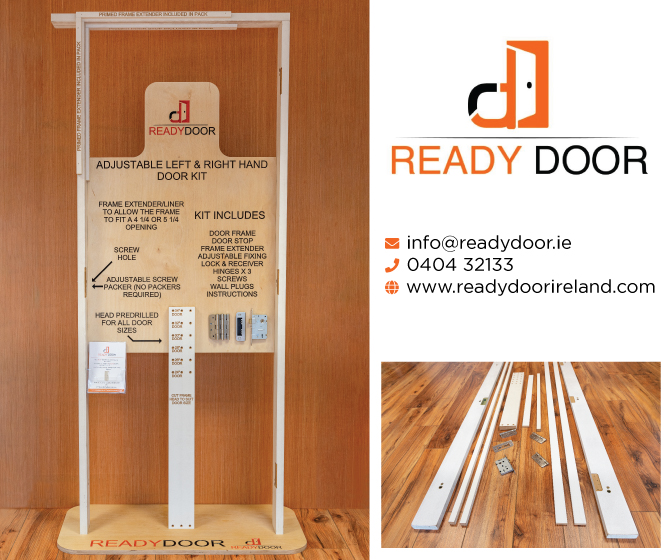 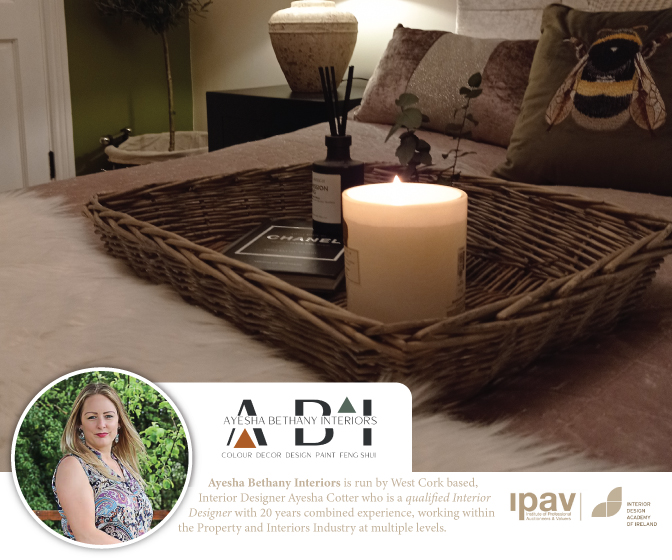 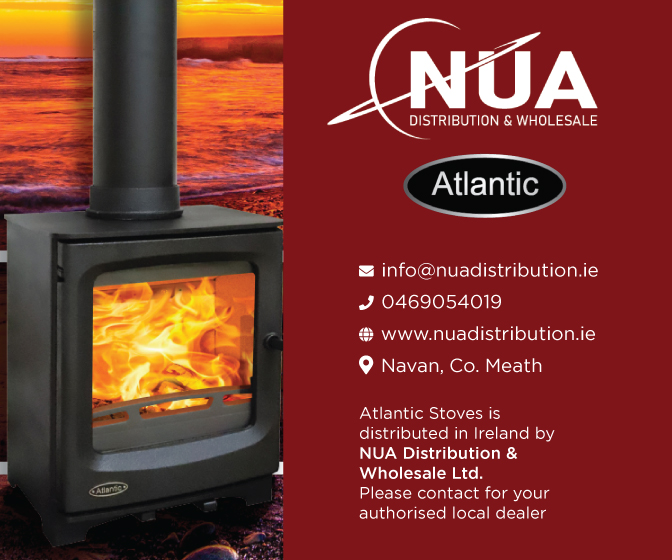 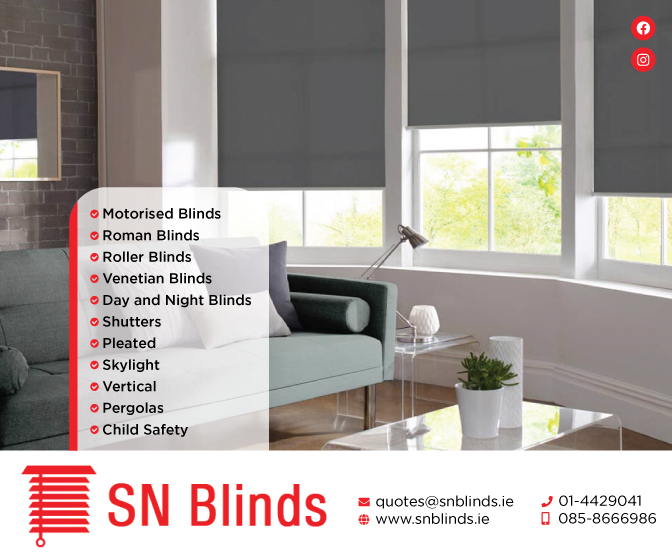 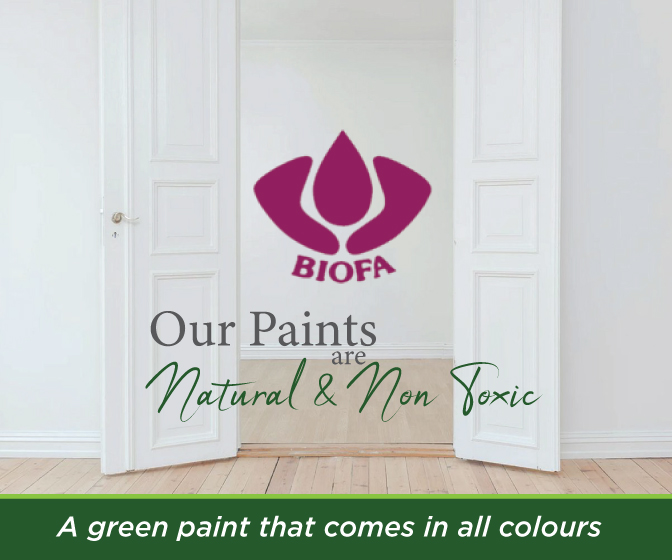 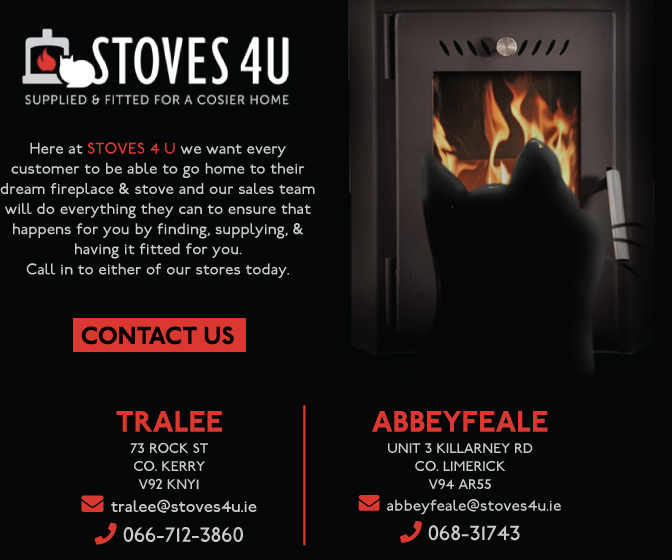 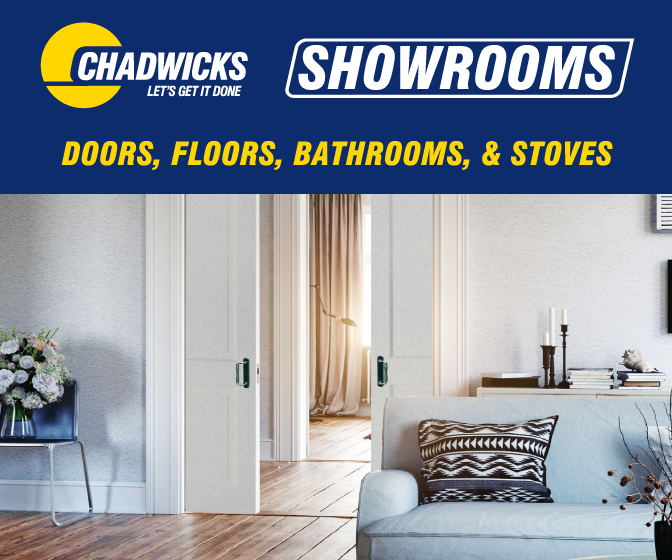 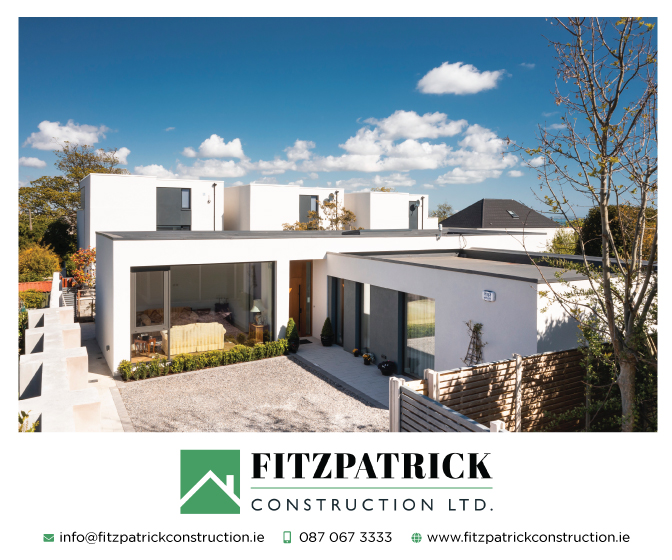 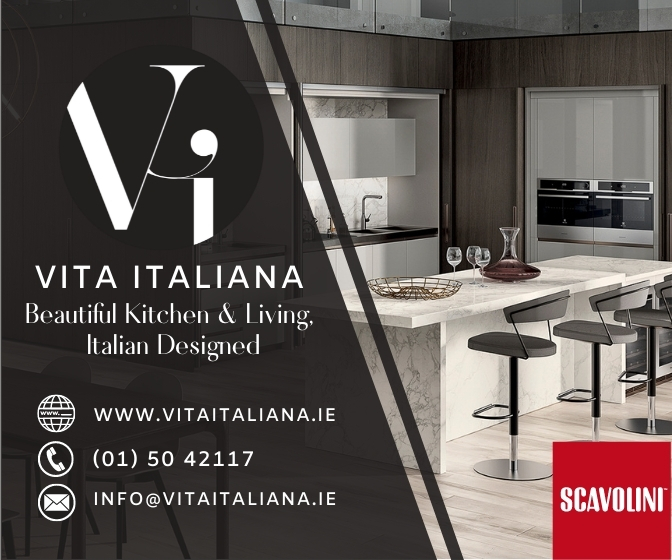 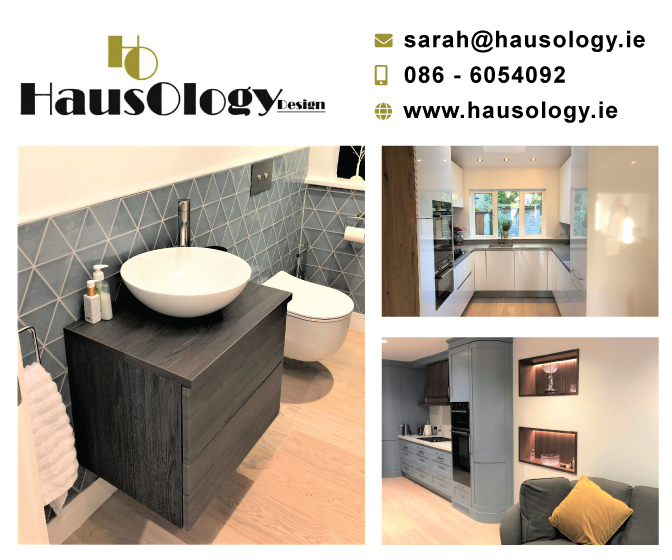 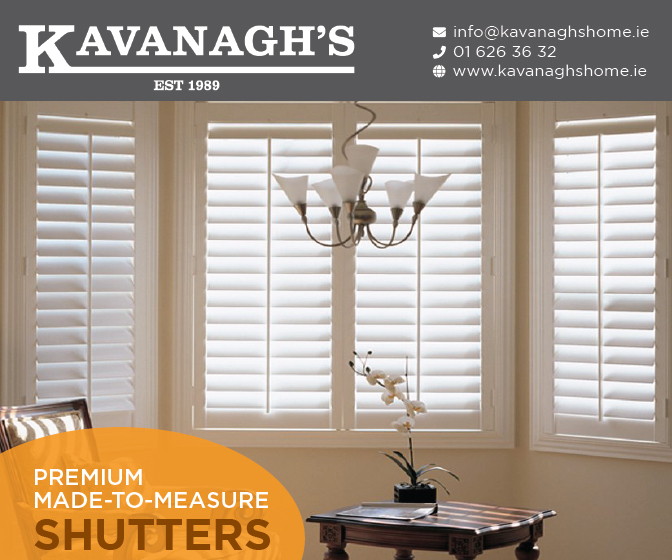 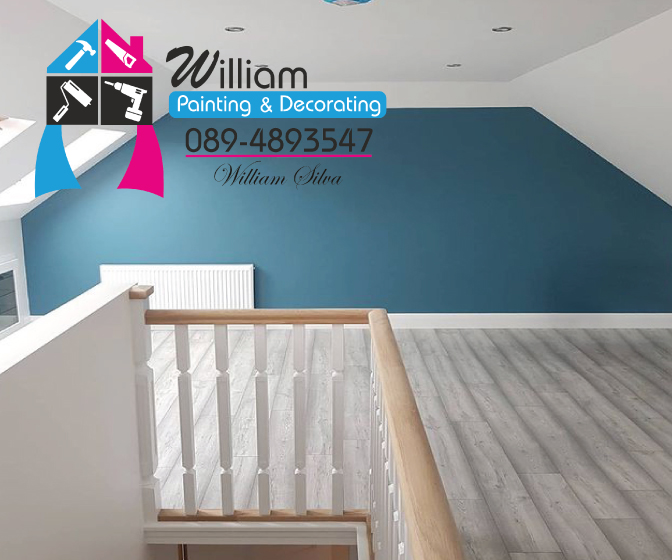 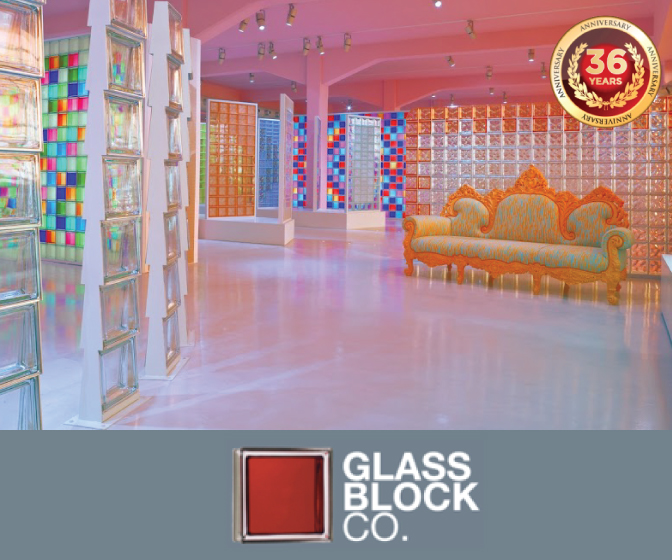 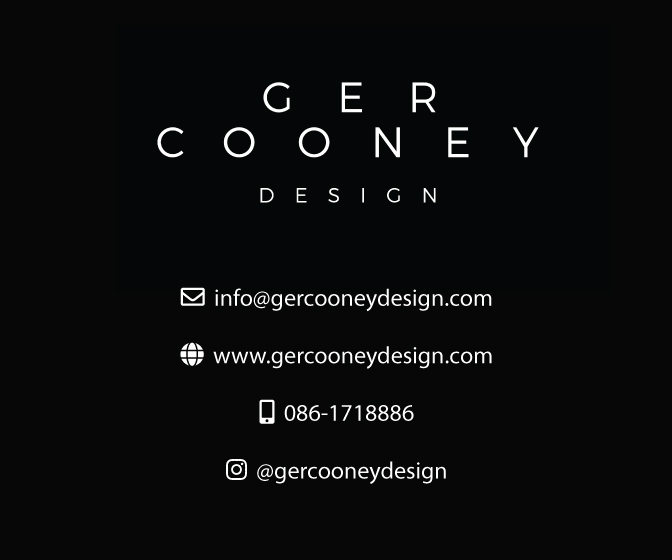 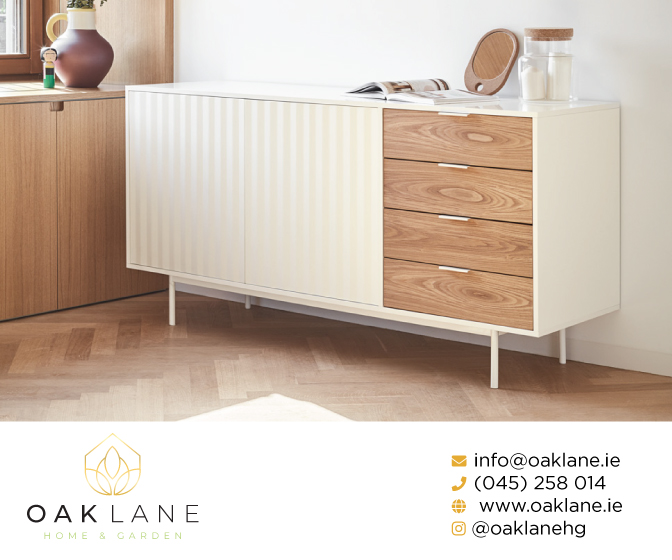 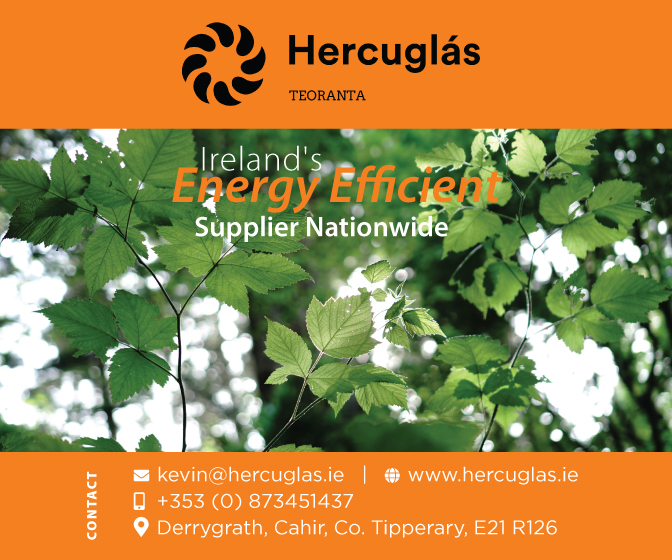 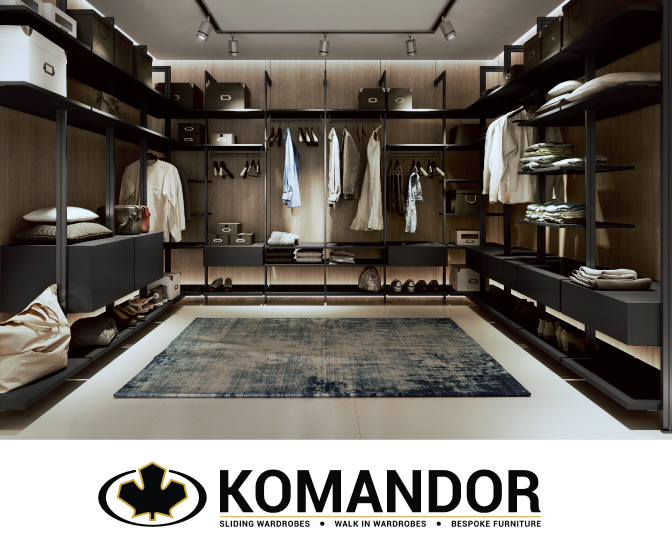